Hartford, Connecticut (February 7, 2022) – Attorney Sandi B. Girolamo and Attorney Pamela M. Magnano were elected 2022 Fellows of the Connecticut Bar Foundation (CBF) James W. Cooper Fellows Program. Fellows are nominated by their peers based on their outstanding service to the profession and larger community and are elected by the CBF Board of Directors. “We are pleased to recognize our new Fellows for their distinguished services to our legal system and for their commitment to the principles of equal justice and the rule of law,” said Timothy Diemand, President of the Connecticut Bar Foundation.

Attorney James Flaherty and Attorney Pam Magnano received AV ratings from Martindale Hubbell. This “preeminent” rating is awarded to attorneys who meet a very high criteria of ethical standards and legal ability as measured by peer reviews submitted by fellow attorneys and judges. The rating is displayed on the lawyers.com and martindale.com profile pages for each attorney.

Attorney Sandi Girolamo was selected for inclusion in Connecticut Super Lawyers for the eleventh consecutive year. This acknowledgment will be published in the November 2021 issue of Connecticut Magazine, and can also be seen in the 2021 issue of New England Super Lawyers Magazine. Attorney Girolamo was also selected in New England Rising Stars in 2010.

Pam was selected for inclusion in Connecticut Super Lawyers 2021. Attorney Magnano was also recognized with the honor in every year since 2014.  In 2010, 2011, 2012 and 2013, she was selected by the same rating service to Connecticut Rising Stars, which recognizes top up-and-coming young attorneys. Pam’s 2021 selection will be acknowledged in the November issue of Connecticut Magazine, as well as in the 2021 issue of New England Super Lawyers Magazine. 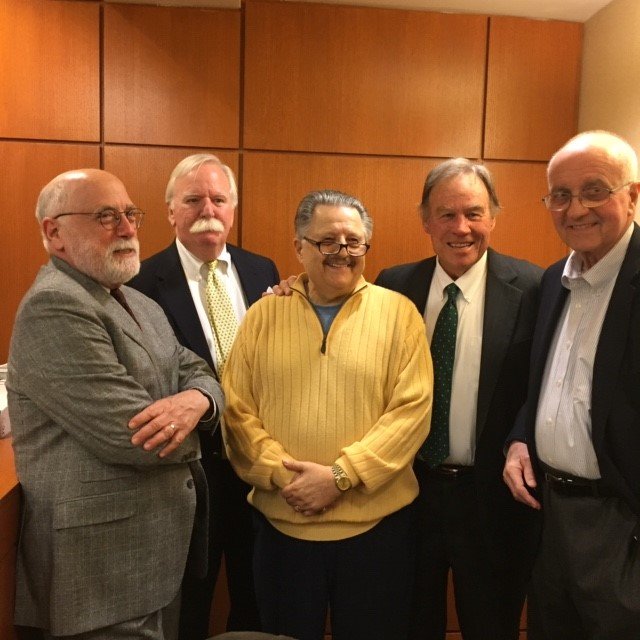 The “Old Pros” recognized at the Special Masters reception. (Hartford, 2/13/19)

Congratulations to Pam for making the final cut to the Connecticut Law Tribune’s New Leaders In Law for 2013. Out of nearly 300 of the best and brightest nominees, Pam was one of 60 attorneys to receive the honor. Pam will be recognized in the New Leaders in the Law 2013 yearbook published by the Connecticut Law Tribune, and will receive a plaque at the New Leaders in the Law awards dinner on November 7th.

Sandi was named by Connecticut Bar Association Family Law Officers as one of five “Rising Stars” for 2010. This selection was featured in a November 2010 article in Connecticut Magazine.