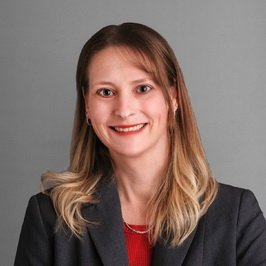 Sandi B. Girolamo practices family law and appellate work. She has appeared, argued and written briefs and motions in the Superior Court and the Connecticut Appellate Court. She has tried numerous family law cases, including at the Regional Family Trial Docket. Attorney Girolamo has published decisions from the Connecticut Appellate Court and the Connecticut Supreme Court. Attorney Girolamo tries family law cases involving dissolution of marriage issues and post-judgment matters. Her trial experience includes a six-day post-judgment custody trial at the Regional Family Trial Docket and a nine-day dissolution of marriage trial in the Hartford Superior Court. One judge commented at the end of a trial that Attorney Girolamo “exhibited the very best in family lawyers. She presented her case and examined witnesses in a way consistent with the rules of evidence, in a logical manner, and in a way that I think all family lawyers should emulate, and that is vigorously defending her client’s rights but not becoming so emotionally involved in the case that you lost sight of the ultimate goal.”

Attorney Girolamo was born in 1971 in Kentucky. She spent most of her childhood in New Jersey. After graduating from the University of Connecticut, she decided to establish her career in Connecticut. She is married to a schoolteacher, and they currently reside in Newington with their two children. Attorney Girolamo’s community activities include teaching gymnastics classes and participating in her daughter’s school PAC and her son’s school PTO.