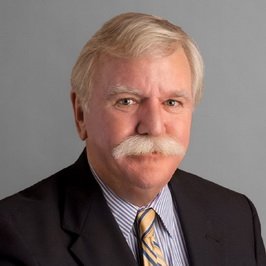 James T. Flaherty has been practicing law for over 40 years. He uses a team approach to solve the problems created by divorce, working with two talented young partners and two experienced and hard-working paralegals. In his practice, he deals with family law trials often involving large marital estates, complex custody issues and post-judgment enforcement issues. He also frequently receives referrals from other members of the family bar requesting that he try or co-chair their family cases that have little or no prospect of settlement.

Attorney Flaherty has been selected for inclusion in Connecticut Super Lawyers® in every year since 2009. Super Lawyers is a rating service of lawyers who have attained a high degree of peer recognition and professional achievement. The selection process is multi-phased and includes independent research, peer nominations and peer evaluations. Attorney Flaherty also maintains an “AV Preeminent rating” with Martindale-Hubbell and Lawyers.com for ethical standards and legal ability, and is well-reviewed and rated “Superb” on AVVO.com. We invite you to view the AVVO profile of Attorney James Flaherty.

​
A Special Master in the Tolland and Hartford Judicial Districts, Attorney Flaherty has also been selected to serve as a Special Master for the Regional Family Trial Docket in Middletown. He has lectured on various family law topics, educating young family law attorneys in this field. Attorney Flaherty is admitted to practice in Connecticut and the U.S. District Court for Connecticut, and he is a member of the Connecticut and Hartford Bar Associations, as well as the American and Connecticut Trial Lawyers Associations. He has extensive trial experience in both family courts and civil courts throughout Connecticut.

Attorney Flaherty received his Bachelor of Arts Degree from Tufts University in 1968 and was in the top 10 percent of his graduating class at the State University of New York at Buffalo School of Law. He was also selected to serve as a law clerk to the Appellate Session of the Superior Court of the State of Connecticut. Prior to law school, Attorney Flaherty served a six-year term with the U.S. Navy, where he attained the rank of Lieutenant. Attorney Flaherty served a tour of duty in Vietnam and one in the Pentagon as Administrative Assistant to the Chief of Legislative Affairs for the Navy. He and his wife raised four sons in Canton, and now reside in Old Saybrook.